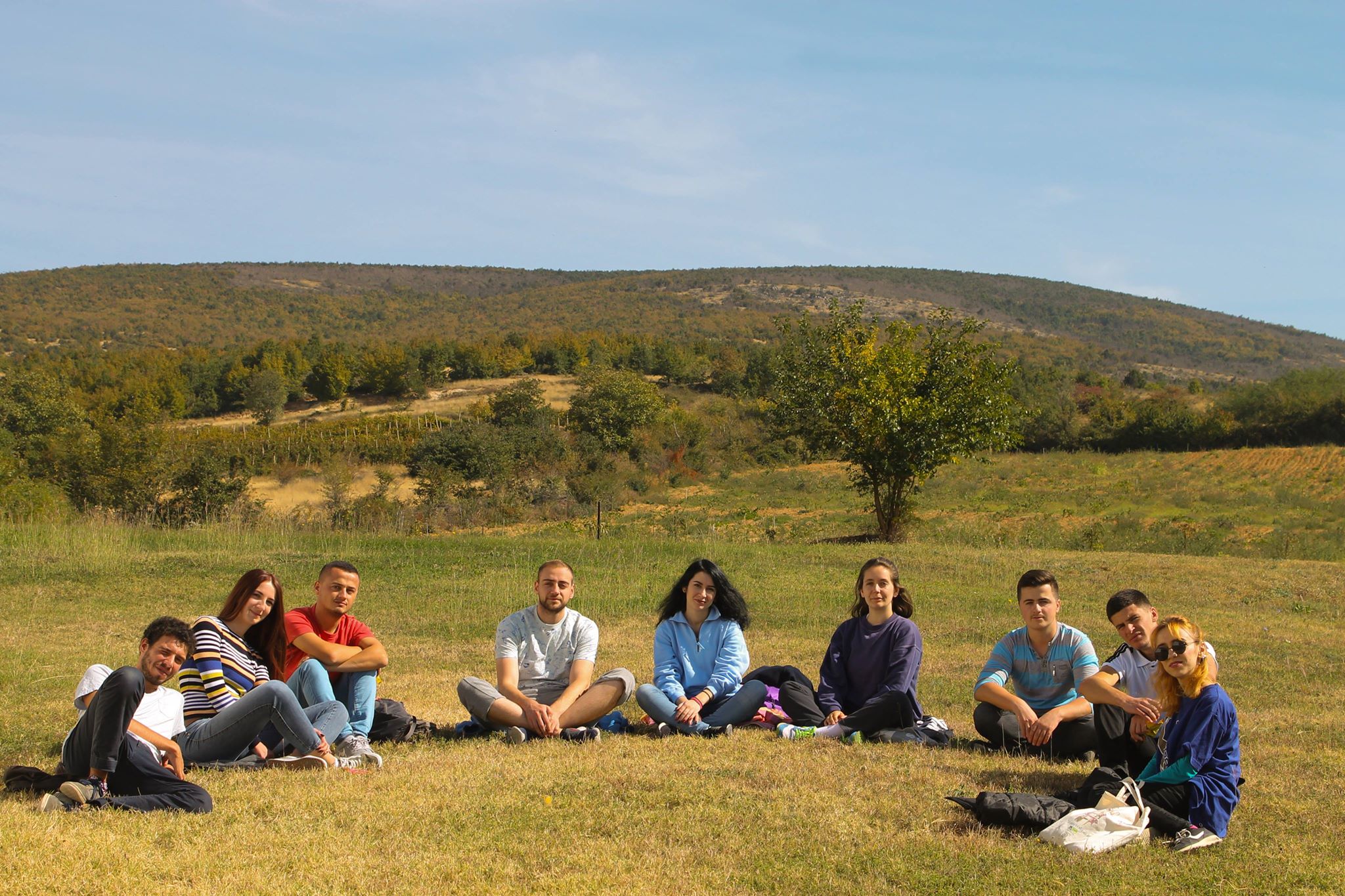 From 24th until 29th of September 2018 a cultural exchange took place in the village of Velika Hoča/Hoçë e Madhe. Organized by GAIA Kosovo and Draganac Monastery, with the support of World Vision, the exchange gathered 16 participants from different places of Kosovo such as Drenas, Vushtrri, Mitrovica, Skenderaj, Prishtina, Rahovec but also from Albania, Serbia, Austria and France. It was a chance for them to explore cultural heritage sites in Velika Hoča/Hoçë e Madhe, Prizren, Peć/Peja, and to learn how culture, peace and religion interrelate in Kosovo. For five days, the participants took part in various activities and visited cultural sites in Kosovo. The group learnt about and reflected on the significance of sustaining historical heritage to document the history and traditions of different communities. At the same time, they discussed the importance of keeping cultural heritage sites open to everyone. These included the historical village Velika Hoča/Hoçë e Madhe, the Sinan Pasha Mosque, Serbian Orthodox Seminary of Saints Cyril and Methodius and the Monastery of the Holy Archangels in Prizren, but also the designated UNESCO cultural heritage sites, the Patriarchate of Peja/Peć and the Dečani Monastery. While in Peja/Peć, the group paid a visit to Anibar at the `Jusuf Gervalla’ cinema and discussed their contribution to contemporary  culture. More than visits, the cultural exchange was the opportunity for a group of young Albanians to grasp the variety of cultures that exist in Kosovo. Hosted in a Serbian family, they had the chance to meet local people and exchange with them, noting their sense of hospitality and sharing about their lives. Most of the young people never came in a Serbian-inhabited town before this week. “I am ashamed to confess that a few years ago I was this kind of person who swore she would never ever talk to a Serbian person” told a participant who was raised in a village nearby. Between the visits, GAIA volunteers organized activities which incited collective thinking about the topics of peace, intercultural coexistence and media disinformation. The reflection culminated when the participants had the chance to meet with Father Sava Janjic, abbot of the Dečani Monastery. First describing how he is harshly criticized by both Serbian and Kosovo Albanian media, he then delivered a message of peace, repeating his position against attempts of dividing people who can live together on a shared land. Participants later expressed their surprise as they just learned that the monastery hosted hundreds of refugees during wartime, the majority being Albanians fleeing the Serbian paramilitary. The participants met the Imam Lutfi Ballek too, who, while visiting Sinan Pasha mosque, gave them an overview of the mosque and discussed about the coexistence of people in Prizren. During the week, besides Janjic and Ballek, they also met Father Sophronios and Father Ilarion from the Draganac Monastery. All those spiritual leaders delivered the same message of peace and exchanges between the different religions. The participants showed great open-mindedness regarding the issues addressed. Some mental barriers were brought down, and new perspectives emerged, in which the “Other” is not an enemy but a friend. “I need the time to process, but I know something changed for me” admitted another participant. A lot of participants expressed the wish to come back to Velika Hoča/Hoçë e Madhe in the future, following the invitation of the hosting family.

Slava ceremony in Draganac Monastery: A time to unite and celebrate
August 12, 2019